The study of Legionella in tourist facilities at a major European holiday destination revealed the presence of the pneumonia-causing bacterium in more than half of the areas assessed.

A study published by the medical journal Eurosurveillance found that the bacteria contaminated more than 65% of all tourist facilities assessed in the Balearic Islands, Spain.

A total of 465 tourist facilities, including hotels, apartments and agritourism resorts located in the Balearic Islands were studied over two different periods: from January 10, 2006 to October 21, 2010 and from January 12, 2015 to December 27, 2018 .

While the prevalence of legionellosis in hotels in similar destinations such as Greece, Italy or Turkey has been widely studied, information from Spanish tourist establishments is still scarce, the study authors point out.

Legionnaire's disease is manifested by the inhalation of aerosols carrying the bacteria Legionellawhich thrives mainly in warm, stagnant waters.

The severity of the ensuing infection ranges from mild flu-like illness to a severe and sometimes fatal form of pneumonia. Symptoms include fever, headache, lethargy, muscle aches, diarrhea, and sometimes coughing up blood.

There are more than 60 known species of Legionella; however, according to major health organizations, approximately 96% of Legionnaires' disease cases are caused by a single specific species, Legionella Pneumophilawhich is also responsible for the deadly form of pneumonia.

Presence in hot and cold water

The Legionella is spread by vapors which generally come from the air conditioning units of large buildings. Adults over 50 and people with weak immune systems, chronic lung disease or heavy tobacco use are most at risk.

Hot and cold water systems are the second most common source of infection.

The installation of tanks in hot water distribution systems can lead to considerable risks, as they have higher bacterial loads and an increased rate of highly contaminated samples. The authors of the study recommended “specific interventions to improve these particular facilities. »

“They may include increasing the temperature and the frequency of cleaning and disinfection which is currently annual”can we read in the study.

However, the bacteria Legionella was only detected in more than 15% of samples from hot water distribution systems, a lower level of contamination than reported in other European countries, including Greece, Italy and Hungary.

For samples of cold water distribution systems, the bacterium Legionella was detected in 7% of cases, a figure lower than that of other European studies carried out in hotels and healthcare establishments. 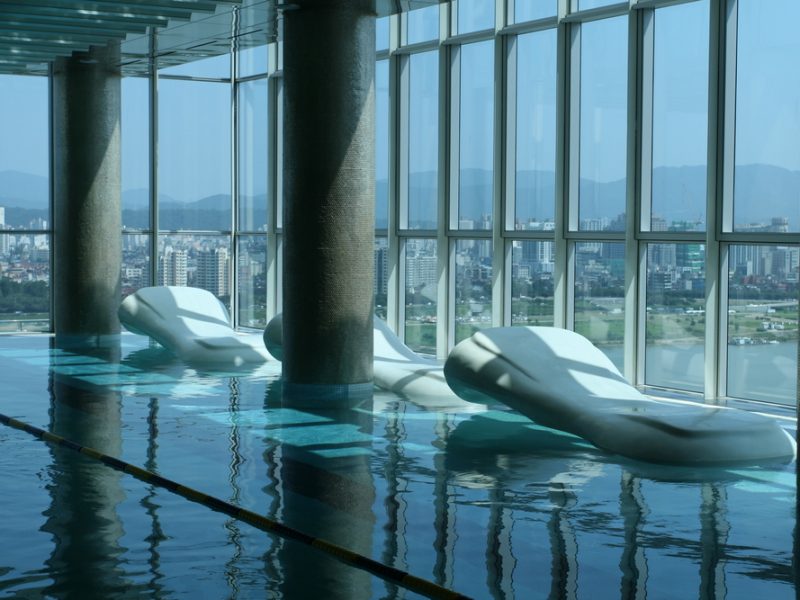 In 2019, in the European Union and the European Economic Area, 28 countries reported more than 11,000 cases of legionellosis, the highest notification rate ever recorded.

Spain has been one of the countries with the most cases reported, both among locals and among tourists who were diagnosed shortly after returning from Spain.

The EU has recently improved current legislation to combat the spread of the bacterium that causes pneumonia by revising the Drinking Water Directive and extending Legionella detection to all EU drinking water systems in under the new risk assessment analysis.

After final approval in December 2020, the new rules entered into force on January 12, 2021, with member states having two years to transpose them into their national legislation.

“Current practices appear to reduce bacterial growth in facilities but are not effective in preventing entry of pathogens”alerts the study.

In Spain, legislation for the prevention of legionellosis in cold water establishes that chlorine levels must not fall below 0.2 mg/L in cold water distribution systems. In addition, drinking water legislation limits levels of this disinfectant to a maximum of 1 mg/L.