Lack of staff, strikes … Notice of chaos in the airports this summer

Several European unions of Ryanair hostesses and stewards are calling for a strike this weekend in France, Spain, Belgium, Italy and Portugal, while a Spanish union is calling for a nine-day strike in July at EasyJet.

Employees of the Irish low-cost company, Ryanair, must go on strike on Saturday and Sunday to demand "the application of labor law and the payment of overtime", according to the French union of commercial flight personnel (SNPNC).

"The company does not respect the rest periods as provided for by the civil aviation code either, ”said the SNPNC staff representative, Damien Mourgues. His union is also asking for a salary increase for the cabin crew members who are "paid at minimum wage".

On June 12 and 13, a strike had already caused the cancellation of a quarter of Ryanair's program in France, ie around forty flights.

In Spain, the USO and SITCPLA unions are calling on Ryanair staff to go on strike from June 24 to July 2. They too demand the application of “fundamental labor rights” and “decent working conditions for all employees”.

The anger also affects the British low-cost EasyJet, since the Union Syndicale Ouvrier (USO) is planning a nine-day strike in July at the airports of Barcelona, ​​Malaga and Mallorca in the Balearic Islands.

According to the union, "EasyJet's flight personnel in Spain currently have a base salary of 950 euros" per month, the "lowest salary" of "all bases in Europe".

In Portugal, Ryanair staff are also called upon to go on strike from June 24 to 26 to protest against the deterioration of working conditions, as in Belgium where Michael O'Leary, the company's general manager, has brushed aside the proliferation of these social movements.

“We operate 2,500 flights per day. Most of these flights will continue to operate, even if a 'Mickey' union goes on strike in Spain or if the Belgian cabin crew unions want to go on strike here," he told a press conference. in Brussels on June 14.

A complex summer ahead

In Italy, the strike at Ryanair is scheduled for 24 hours on Saturday June 25. Pilots and cabin crew are demanding salaries “at least in line with the minimum salary provided for by the national air transport contract” in their country.

Ryanair has experienced a dazzling rebound in activity since the lifting of restrictions imposed by the Covid-19 pandemic, like the entire airline sector. Its activity already exceeds that recorded in 2019.

But with the rapid recovery in traffic, many companies find themselves forced to cancel flights due to lack of staff, like EasyJet, and airports are struggling to absorb the flow of passengers. 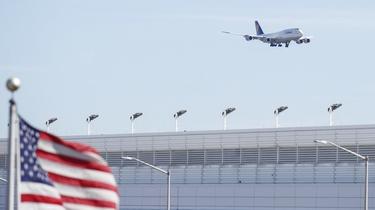 On Monday, the European Transport Workers' Federation (ETF) warned in an open letter that "the chaos facing the airline industry will only get worse throughout the summer as workers are pushed to their limits".

Strike movements by employees in the sector are multiplying all over Europe and the ETF “encourages them to continue the fight throughout the summer”, assured Livia Spera, general secretary of the federation. Travelers have been warned.